Hello all. A few months ago on Twitter, I posted a poll asking authors what their biggest challenge was in marketing their books. The most popular answer was “how to stand out from the crowd.”

As a self-published author who helps other indie authors, I know how difficult is is to be seen in heard in the swarm of books flooding the market today. Hiring a PR firm can cost thousands of dollars. That’s why I created this quick guide to help you plan publicity campaigns that will get you noticed.

Feel free to pass it along to all your author friends. I firmly believe there is an audience for every book. You just need to put yourself out there so they can find you!

I’m very blessed to work with some amazing and talented people. That’s why I’m starting a new Client Spotlight feature so I can introduce them to you (and show them off a bit).

The first Client Spotlight is Craig S Wilson, author of crime thriller Rio Street Kid Stargazer. I chose him for the first ever client spotlight because his book is about the crime-ridden favelas of Rio de Janeiro during the approach to the 2016 Olympics and is on sale during the Olympic Games.

Craig S Wilson is a musician, composer, entrepreneur, and serial creative. Welcome Craig! Please be sure to connect with him on the links at the end of this post.

END_OF_DOCUMENT_TOKEN_TO_BE_REPLACED

I stopped by Chat About Books with Kerry Parsons and answered a few questions about my writing process, naming characters, and other ramblings. Please check it out and subscribe to Chat About Books. If you’re an author or publisher who would like her to review a book or feature you on Chat About Books, I’ll leave all her links at the bottom of this post.

END_OF_DOCUMENT_TOKEN_TO_BE_REPLACED

I apologize for the lack of meaty posts lately. Work has been unbelievably busy, and I’ve neglected my blogging duties except for posting the bare minimum. I hope to return to a regular schedule soon. In the meantime, here’s what’s going on in my little corner of the web.

Beginning tomorrow, Tuesday May 31st, SciFi and Scary will be hosting my book spotlight and
giving away two of the new paperback copies of SICKER.

Hint: SICK  free on Kindle for May 31st so that all entrants for the Scifi and Scary giveaway can read Part I before possibly winning Part II. 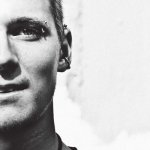 Konn Lavery is a talented graphic artist, web designer, and author of the Mental Damnation series. I’ll be on his blog talking about the process of writing and book marketing in the very near future. Stay tuned for post date.

I’ll be returning to Scifi and Scary on June 19th as a guest to talk about why Psychological Thriller/Suspense novels like SICK might creep us out more than traditional Horror.

I’ll be sure to reblog that here so you don’t miss it.

I’ll be periodically hosting interviews with my wonderful clients so they can tell you about their projects, their challenges, and their plans for the future.

Also, I’ll be heading back to Ecuador sometime soon. Get ready for a continuation of the Ecuadorian pig-out and hopefully some cool photos too.

Please leave your thoughts below.

Would you like for me to stop by your blog?

I’m available for features and guest posts. Let me know!

SICK is free today on Kindle.

I’m honored and thrilled to have the support of so many amazing reviewers and bloggers. This latest review was published by Jeremy Dyson yesterday. Here’s what he had to say about SICK.

“John Branch is a sick, sick man. Born into a wealthy family, John has since fallen on hard times. As the family fortune disappears and his health fails, John is taken care of by his faithful wife. Susan struggles with the burden of supporting her husband emotionally, physically and financially.

This story is really about the struggles of an “unhealthy” relationship. One partner of the marriage is forced to bear most of the burdens of life, whether that be earning a living or stealing painkillers to ease the pain of her ailing spouse. Tragically, there is nothing Susan won’t give to their marriage, even if it means giving up her life to make John happy.

Sick is a wonderfully twisted read. It brings to life the struggles of marriage through a realistic relationship of characters. This story is well-written and crafted by a very talented writer, reminiscent in style to works by Chekhov or Dostoyevsky. Will definitely check out the sequel.”

Get your free copy of SICK

Jeremy Dyson is the author of zombie novels with a literary flair. Follow Jeremy Dyson’s blog and learn more about his work here.

Kind of creepy how much this favorite childhood poem reminds me of young John Branch.

Who is John Branch??? Find out!

Here’s a new review of SICK I missed on AJOOBACATS BLOG. She enjoys “good psychological and literary thrillers that show a depth of understanding of human nature.”  Be sure to subscribe to her reviews, and read what she has to say about SICK!

Susan has been taking care of her husband’s ill health from when they first met. As a nurse and devoted wife she holds onto hope that his mysterious and numerous symptoms will be diagnosed and cured. Susan is tired and barely holding onto her job, can her life be transformed once her husband’s health improves?

A harrowing and frank look at living with someone who is chronically ill and equally manipulative. It’s impossible to stop reading this novella as you pick up on its sinister undertones.

A well written macabre short story. This book is available to read for free to Kindle Unlimited subscribers. 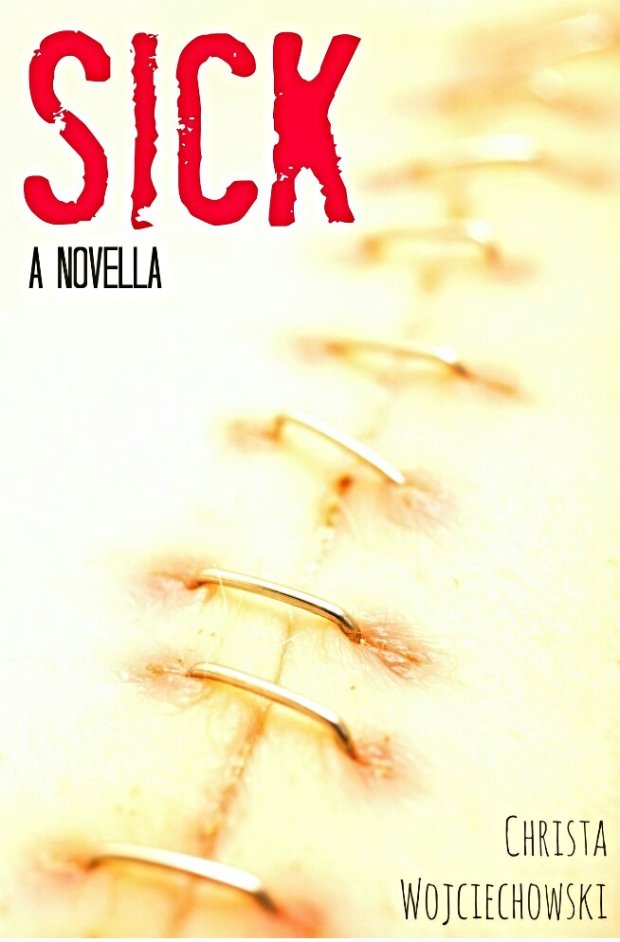 Celebrating the Release of SICKER

I’m giving away SICK for the next two days. Here are the latest reviews:

“Disturbing yet gripping at the same time!”

“SICK is a story that you can’t shrug off easily.”

Get free copy of SICK

Everyone has a breaking point.

Part I. Is this marriage based on unconditional love or a unhealthy obsession?

Susan Branch’s life revolves around the care of her charming and inscrutable husband John, a man born into wealth and prestige who lost his family’s fortune when his mysterious chronic illnesses left him bedridden. Together they live a decrepit existence beholden to the current owners of his family’s former estate.

After years of devoting herself to John’s care, Susan is worn out and frustrated. Yet she is determined to scrape together whatever resources she can to keep John comfortable and happy. This includes stealing Demerol from the doctor’s office where she works to feed John’s ever-increasing need for pain medication.

As John’s condition continues to puzzle doctors, Susan begins to notice strange objects appearing around her house. Ever wary of creepy Old Pete, the groundskeeper, Susan decides to confront the elderly man and put an end to his snooping for good.

John suffers a critical emergency, but he is saved and is soon released from the hospital. His health begins to improve, and Susan dreams of a normal life, but her hope for a miracle transforms into a nightmare one fateful afternoon when she discovers
the true cause of John’s sickness.

How did John Branch get so sick?

John Branch’s sickness has dominated the lives of all those around him, consuming all it can from well-intentioned doctors, compassionate strangers, and trusting loved ones. His chronic illness also bonds him intimately to his wife Susan, trapping them in relationship of unhealthy psychological attachment.

But John’s disease isn’t the only blight in the Branch family.

Injured and loaded with Demerol, John Branch tells his life story from his filthy sickbed. He confesses the horrific secrets of the past. Most disturbing of all, he reveals the philosophy he’s constructed around his condition and tries to indoctrinate Susan. Will she stay with him now that she finally nows the truth, or will she put and end to the madness?

Book II of the SICK series is three days away. Preorder here. 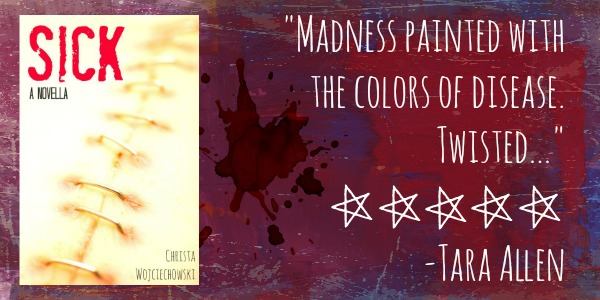 Yesterday, I turned over the final draft of SICKER to my editor, Candace Johnson. Thanks to my beta readers for doing an amazing job. I know Candace appreciates the pre-proofreading.

Writing SICKER was a weird and wild journey and I’m happy with the way it turned out. In order to celebrate, I’m giving away part one today. Download your free copy of SICK before Good Friday is over.

Welcome to My Sweet Delirium. Join the madness. 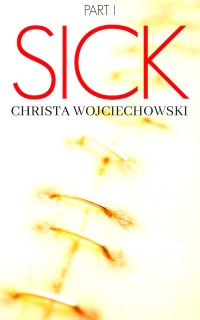 Welcome to the mind of John Branch.